Here Is Where We Keep All Of Bill's Radios.

A lot were bought on eBay over the last 15 years.

Wait for the pictures to load, lots of radios 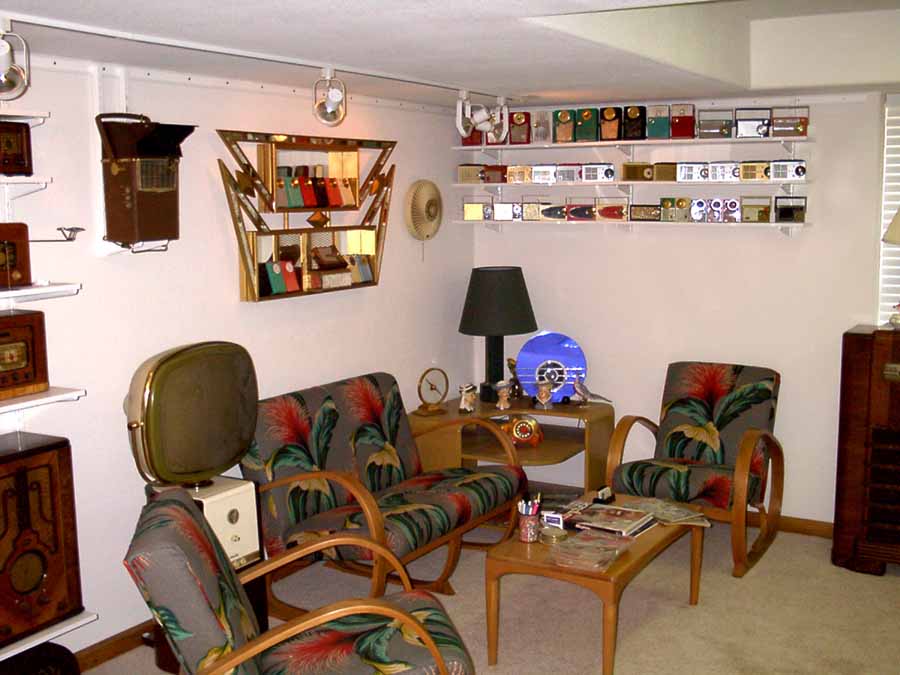 Above picture shows the Regency's in their own wall display. The Regency was the world's first transistor radio that came out in the fall of 1954. On the opposite wall are some Emersons, Motorolas, and Sonys of the late 50's. Some of these Emersons were a couple of years ahead of the Regencys and used the latest in sub-miniature tube technology. That only lasted a few years until the Regency hit in late '54. On the floor to the left is a Philco Predicta TV. Above this Philco is the world's first transistor portable TV. Again, made by Philco. On the corner table is sitting a Sparton Bluebird produced in 1936. 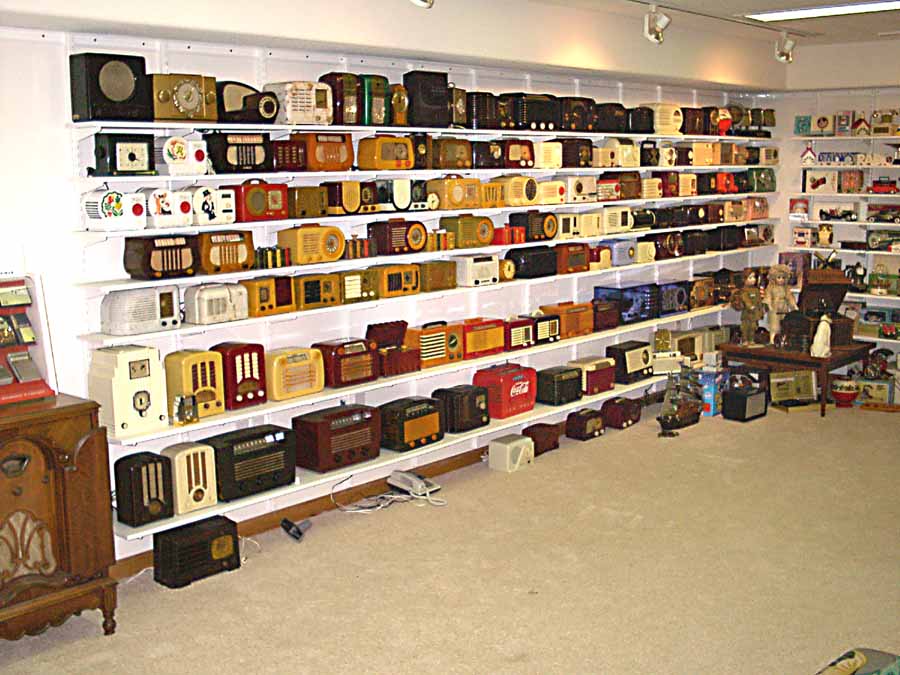 Above picture shows the wall with most of the Catalin radios by Dewald, GE, Fada, RCA, and Bendix, etc; a Charlie McCarthy by Majestic can be seen on the left side, middle shelf; more mirrored radios by Sparton, etc; and Bakelite radios. 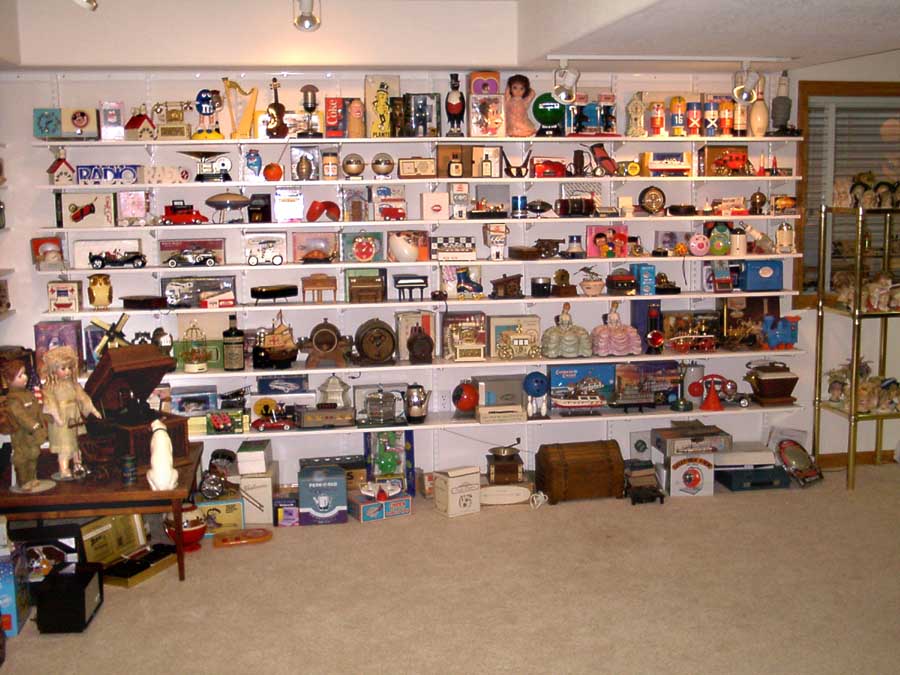 Above picture shows the novelty radios. We also see Connie's mother's WW1 dolls along side an Edison cylinder record player. Regarding the novelties,it seemed to be up to the imagination of the designer what should or should not be made into a radio. On the top shelf is a Jimmy Carter, a Mr. Peanut, an Old Crow, and a Nude Girl in Nightie. You can use your imagination as to the tuning knob and volume knob location. 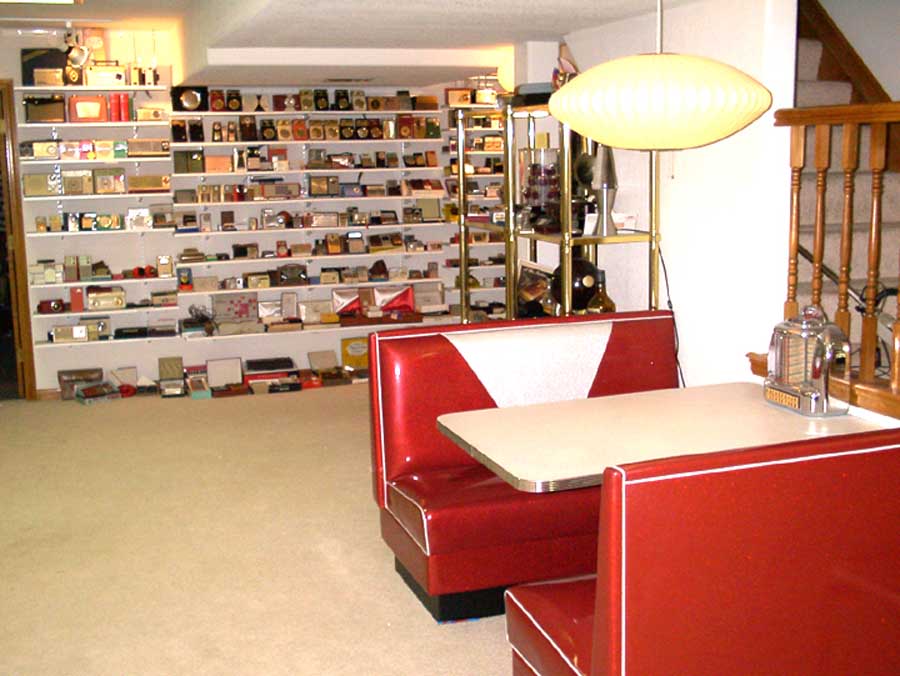 The above picture shows many transistor radios on the far wall including a lot of Zenith 500 series and the first Sony transistor, the extremely rare, TR55. We only know of 4 in the USA. On the right brass shelves are more tube radios and my Premium Ring collection. Many radio shows of the 30's and 40's offered rings to us kids for a boxtop and maybe 25 cents. Sky King, Terry & the Pirates, Lone Ranger's Atomic Bomb ring, and many others.

The Zenith neon sign was displayed in many Zenith dealer's showrooms back in the late 1930's. These are the original neon tubes. 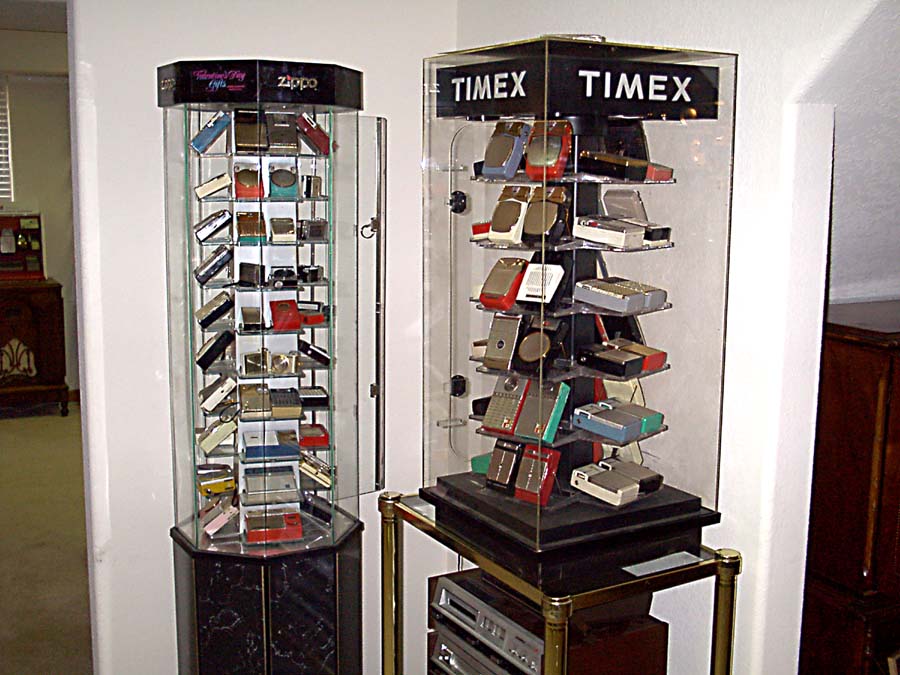 The above picture shows a couple of old store displays now full of small transistor radios. One is a Zippo and the other is a Timex. Both light and rotate to show all the neat, small Japanese radios in many colors. Most are from the late 50's to the early 60's. 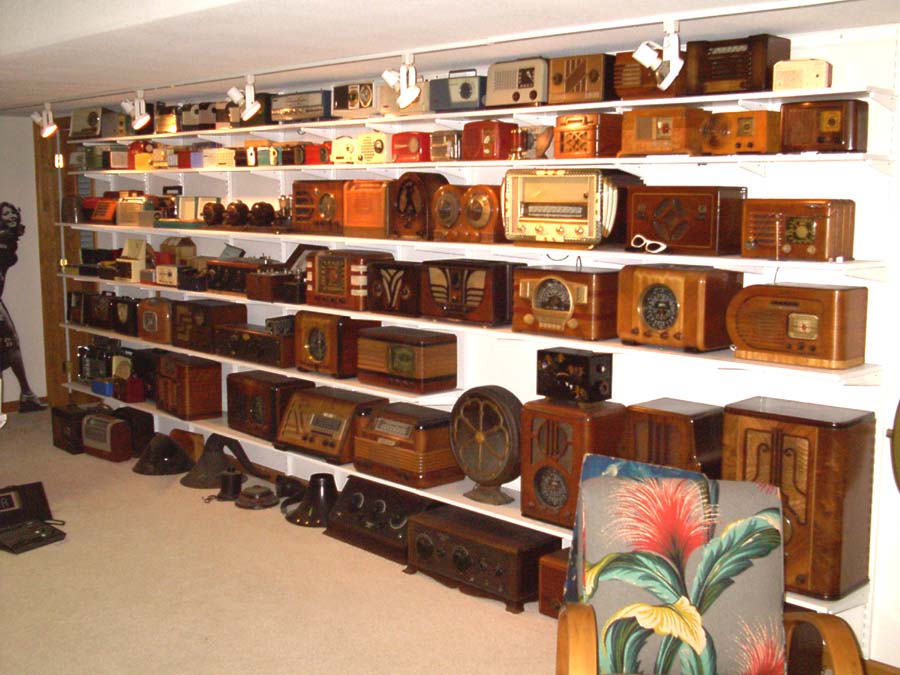 The above picture shows mainly the older tube portables of the late 30's and after WWII, the multitude of portables before the transistor radio was introduced in 1954. The bottom right side shows some of the earliest radios, some with external horns, produced in the late 10's and 20's.